Imagine you were lucky enough to get your hands on an ancient plant known to combat inflammation, pain, and disease? What if I told you your local health food store probably has it for a few bucks? Well, it’s true— I’m referring to none other than the golden-hued powerhouse, TURMERIC!

Native to India and Southeast Asia, this golden spice has been used to give color and taste to food preparations since ancient times and has remained a mainstay herb in botanical medicine for thousands of years in the Ayurvedic tradition.

With a pungent, earthy-sweet taste and a stunning golden-orange hue, turmeric is most commonly found and used as a dried, powdered spice, but it can also be found in it’s fresh, root form. Raw turmeric is the root portion of the plant Curcuma longa. With papery skin and a knobby appearance, the unprocessed form of this root bears a strong resemblance to ginger root. That resemblance is not a coincidence though, as turmeric, ginger, and cardamom are plants all belonging to the Zingiberaceae family—also known as the ginger family1.

Turmeric's effects on health are generally centered upon an orange-yellow colored, lipophilic polyphenol substance called curcumin, which is acquired from the rhizomes of the herb. Curcumin is known to have antioxidant, anti-inflammatory, anticancer effects and, thanks to these effects, have an important role in prevention and treatment of various illnesses ranging notably from cancer to autoimmune, neurological, cardiovascular diseases, and diabetes2. Traditionally, this spice has been used in Ayurveda and folk medicine, but modern science has provided the scientific basis for the use of turmeric against such disorders3.

Today you can find turmeric supplements anywhere you go, but I strongly urge you to utilize the organic spice or root in your cooking instead, as these forms are the healthiest and most bioavailable for our bodies. There are infinite ways to use this incredible golden spice, so play around with it and decide what you like best. As a general rule of thumb, 1 inch fresh turmeric = 1 tablespoon freshly grated turmeric = 1 teaspoon ground turmeric4.

To get you started, here is a quick and delicious Golden Milk recipe to help you get your daily dose! Enjoy. 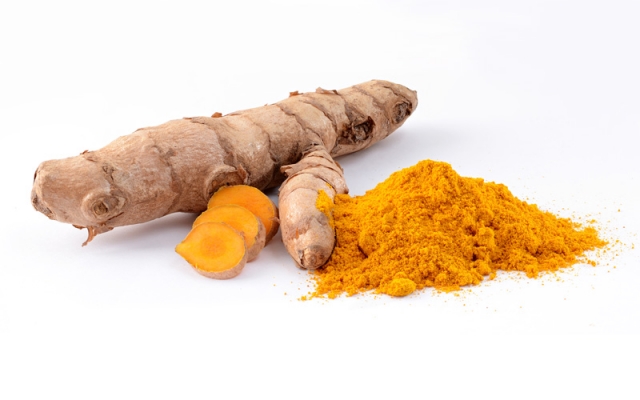